Timeless information……never out of date.

She asks that you learn & share Ormus information with the world.  Emmons’ is a senior member of the global Ormus community & the Alchemy Guild  (www.AlchemyGuild.org ).

During 2004 Chris Emmons first learned about Ormus during a national radio program with Barry Carter as guest. Barry explained the function of Ormus material in the body and theories about its properties. These included a mechanism of action thought to be tied to a “field of universal energy” that relates directly back to our physical form [body].  What was said caught her attention causing her to wonder if here may be answers to longstanding questions carried since Pharmacy schooling.

As a pharmacy student, she remembered feeling there must be an outside energy source for the body. Even while in the classroom, there was doubt about the nerve conduction theory being presented.  How could nerve impulses throughout the body travel fast enough for either coordination of physical movement or creation of thought?  Later in life, she began to doubt the human body could power each of its one hundred thousand million cells [an approximation] or its organs [groups of cells] via only calories consumed from food.

Ormus is Essential mineral nutrients, extracted from mineral rich natural source materials such as unprocessed sea salt, soil, plant material and other specially chosen resources from nature.  Some Ormus collection processes are easy, others fairly easy -being more like kitchen chemistry.  For those interested there are more involved Ormus collection processes.  Ormus provides great benefit to plant, animal & people.  Ingested or applied topically, they support health, healing and a sense of well being.  There is considerable evidence that Ormus was known throughout history dating back thousands of years and now being newly re-discovered.

Chris had never heard of such a field of universal energy and this explanation was intriguing. Consequently, she began a search in earnest for information.

She joined an online Ormus forum Barry Carter moderated and learned how Ormus can be collected by the average person.  Traveling out of the state to probably the most knowledgeable Ormus researchers, Chris learned specifics about Ormus and how to collect it via the Wet Process; the most commonly performed collection process.

Having the knowledge of Ormus and its collection Chris felt Gratitude.  And so beginning in 2004 began hosting Local Ormus Groups in her home.  These became popular and where attendees learn about Ormus and how to collect it.

Barry Carter was asked to speak in Miami at a local Theosophical Society meeting.  His fellow Ormus collaborator B. Joy Mcginnis [Joy] joined him. While they were in the area, Chris brought them to visit the Coral Castle in Homestead Florida.  This cemented a deep lasting friendship with the three.

Chris continued learning Ormus collection processes and after three years effort, the treatises [processes] of Ormus extraction and collection were gathered, collated and recorded.  She looked forward to having more time to participate in Ormus forums, recreation with friends, riding her trail horse and reading.

Meanwhile, Joy, aware of the extent of Chris Emmons’ Ormus education, began a conversation.  She explained  how the Ormus community -both current and future- could benefit by having a manual of Ormus collection processes and that Chris embodied professional training and personal traits to complete such a work.

Chris thought about it, remembering how she had felt back then; anticipating, wanting and hoping the way to good information would appear. Not forgetting how it felt to yearn for knowledge, she agreed to pen a manuscript.  18 months later, with a single-minded focus, the manual became published.

Contributing alchemists and Ormus researchers to Chris Emmons’ education include Don Nance and Barry Carter.  Other contributing researchers requested anonymity. Special thanks given to B. Joy McGinnis for the idea of clearly detailing Ormus processes in a published book.

Others lives crossed the path and touched the books final style and format;   Latitude 25 Writers Club, Melanie Proctor, Michael McCabe, Cordell Svengalis president of DreamGate Press who agreed to do the final editing, Luise Johnson graphic artist provided the covers and Jim Eleczko who created the OrmusBook.com website.  Her mentors, the knowledgeable Ormus alchemists, researchers and Barry Carter all who took time out of their busy schedules to review sections.

If you contemplate a similar path of self-discovery and empowerment, the information in Ormus Modern Day Alchemy will serve you well. 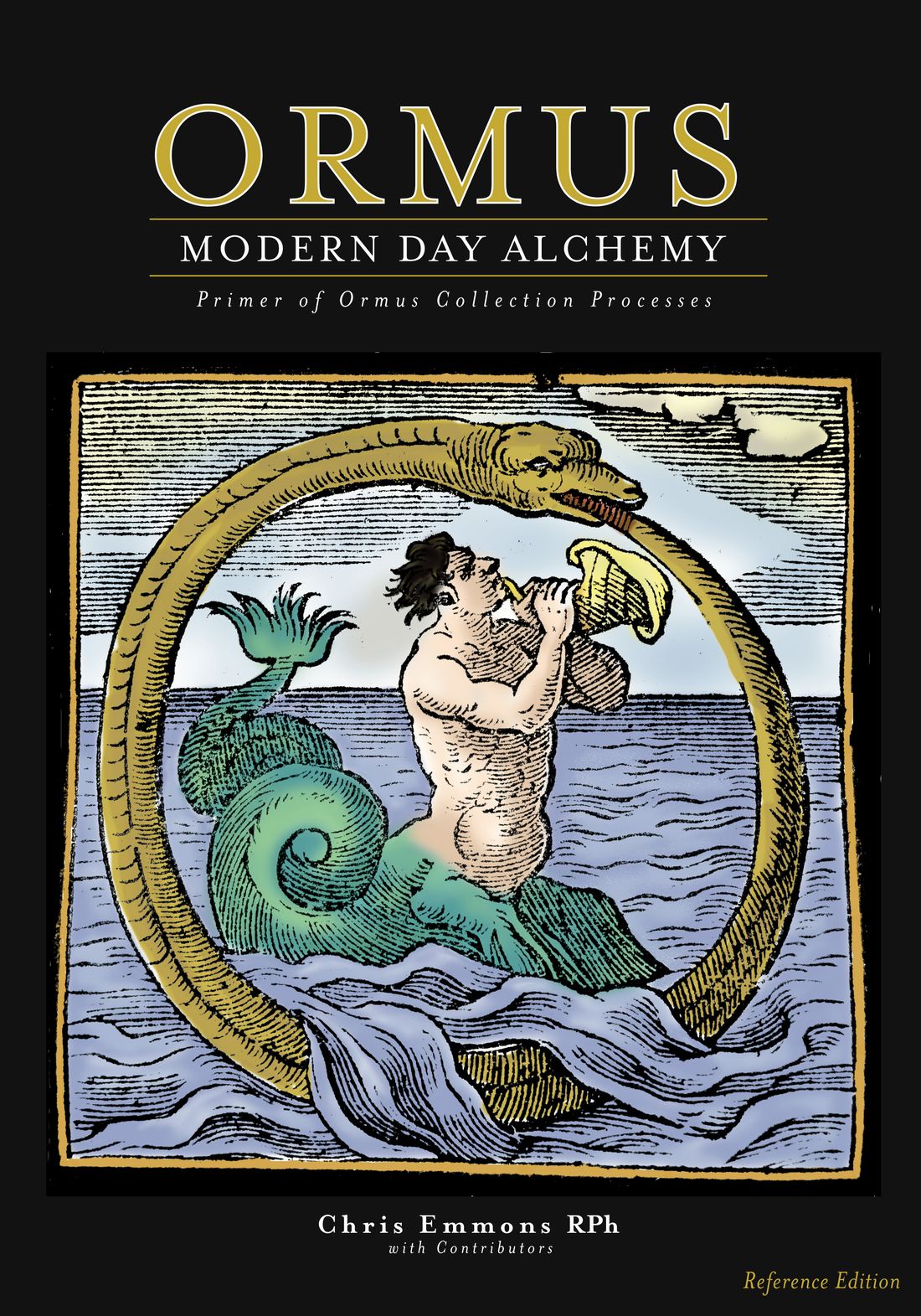 LEFT: Click the arrow for an Ormus masters slide show. Visit with Chris and her pals including Don Nance, Barry Carter and Sharon Rose Ingersoll. Learn more about the book.